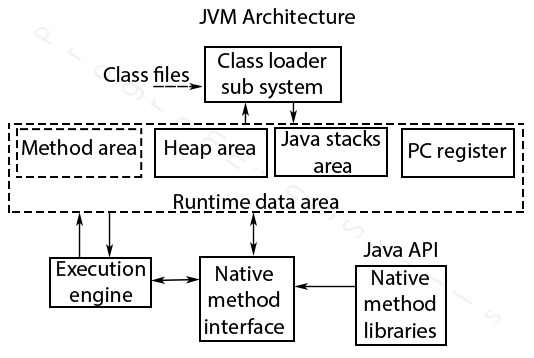 JVM reads the byte code of .class line by line. Byte codes are set of optimized instructions which are used by JVM for generating the result of the java programs.

Tools are nothing but the exe file which are developed by SUN micro system to run various applications of java, J2EE.

This is a tool used for running applet application when the browser is not supporting properly.

4. javac: It is used to compile a java program.

5. javap: It is used to see the API of the specific class or interface which belongs to a specified package.