If we represent the data using procedural oriented programming languages then there is no security for the data which we represent. For example when we represent the data of a student in C language using structures concept, the student data can be accessed by all the functions which we write as a part of C program. If one of the functions manipulates or damages the data then we are loosing correction-less (integrity) of the data. Examples of procedure oriented programming languages are FORTRON, COBOL, PASCAL, BASIC, C, etc. 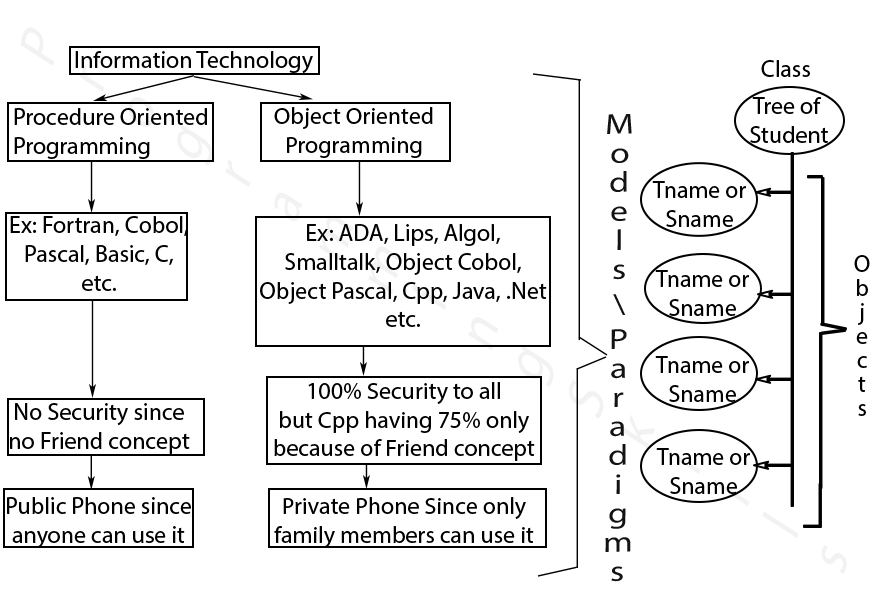