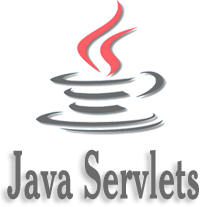 To exchange the data between client and server we use a protocol caller http which is a part of TCP/IP.

A server is the third party software developed by third party vendors according to SUN micro systems specification. All servers in the industry are developed in java language only. The basic purpose of using server is that to get concurrent access to a server side program.

According to industry scenario, we have two types of servers; they are web server and application server.

Note: Web logic server acts as both web server and as well as application server.

In the initial days of server side programming there is a concept called CGI and this was implemented in the languages called C and PERL. Because of this approach CGI has the following disadvantages.

To avoid the above problems SUN micro system has released a technology called Servlets.

A servlet is a simple platform independent, architectural neutral server independent java program which extends the functionality of either web server or application server by running in the context of www.

Advantages of SERVLETS over CGI:

Servlets is the standard specification released by SUN micro systems and it is implemented by various server vendors such as BEA corporation (Web logic server), Apache Jakarta (Tomcat server).

In order to run any servlet one must have either application server or web server. In order to deal with servlet programming we must import the following packages: