JAVA is a distributed technology developed by James Gosling, Patric Naugton, etc., at Sun Micro System has released lot of rules for JAVA and those rules are implemented by JavaSoft Inc, USA (which is the software division of Sun Micro System) in the year 1990. The original name of JAVA is OAK (which is a tree name). In the year 1995, OAK was revised and developed software called JAVA (which is a coffee seed name). 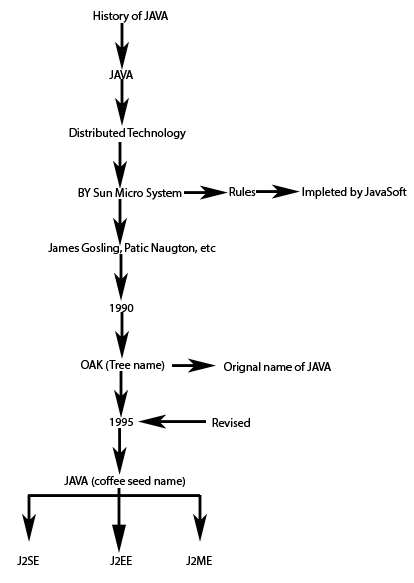